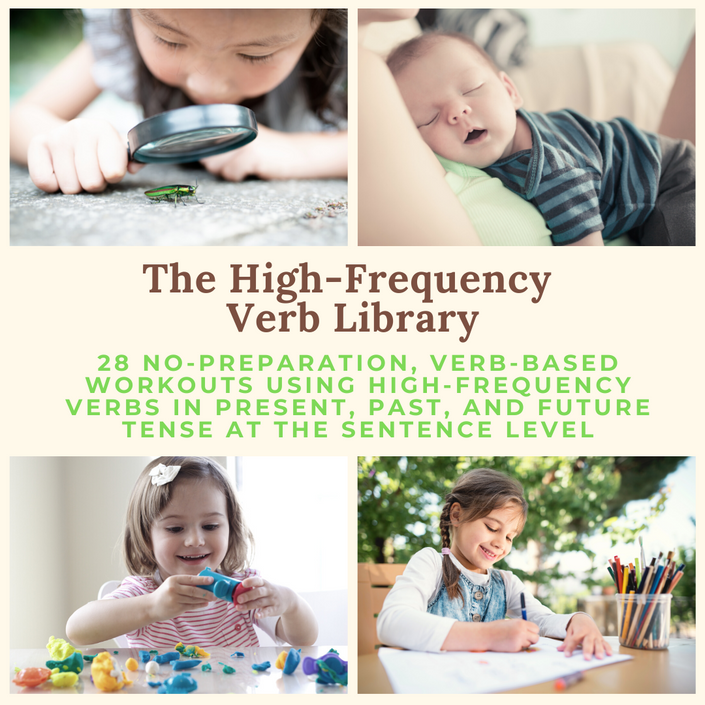 A treasury of sentence-level functional verb resources with verbs in past, present and future tense forms

The coupon code you entered is expired or invalid, but the course is still available!

28 no-preparation, verb-based workouts using high-frequency verbs in present, past, and future tense at the sentence level

Some key facts about verbs (and why they are so important)
The High Frequency Verb Resource Library - available for instant access
Past, present and future. This Resource Library contains everything you need to start working on verbs in sentences with late talkers, preschoolers, young school-aged children and children with language and other learning disorders. Featuring Plain English research overviews of some of the latest research on verbs, as well as 28 fully scripted, no-preparation resources targeting high frequency verbs, this library can be downloaded or presented on electronic devices.
More than 650 pages of resources! No subscription needed. The whole library is yours for an affordable, one-off payment of US$75 - less than US$3 a resource!
In our busy speech pathology clinic, we use these tried and tested resources every day.
If you are not satisfied for any reason, we have a 30-day money back guarantee!* 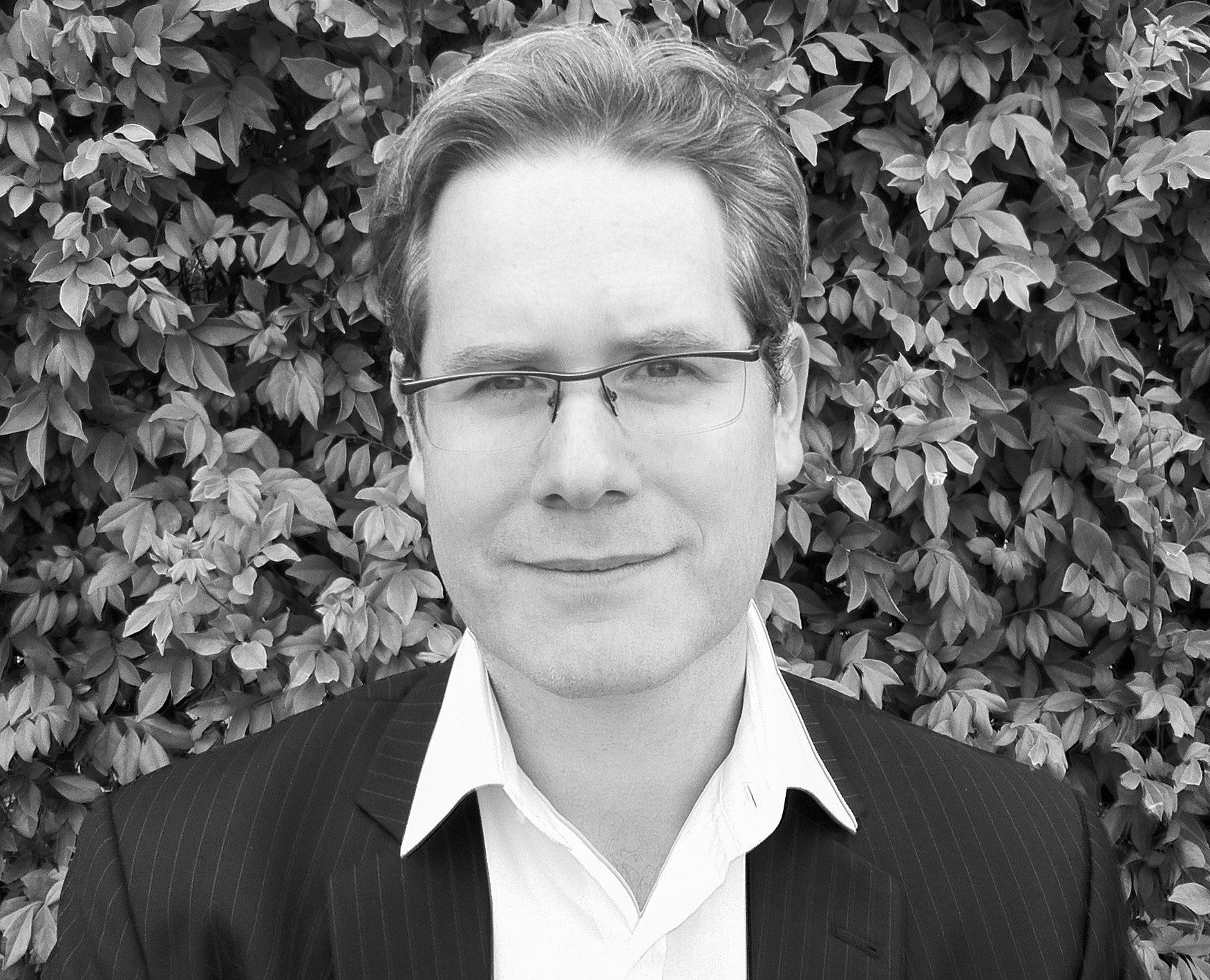 Known to many as Speech Bloke, David is a Certified Practising Speech Pathologist, Lawyer, Author and Father. He is based in Sydney, Australia, where he helps adults and children with communication issues to speak for themselves.

David manages a busy private speech pathology clinic, and a publishing company for speech pathologists in private practice. He is the founder of Banter Speech & Language, and Speechies in Business. He is passionate about ethical practices and consumer rights and regularly guest lectures to speech pathology students and others on legal issues affecting the profession.

David holds a Master of Speech Language Pathology from the University of Sydney, where he was a Dean's Scholar, ranking first in his graduating year. He is admitted as a Solicitor of the Supreme Court of New South Wales and the High Court of Hong Kong, and lived for 8 years in Hong Kong. David is a Certified PESL Instructor for accent modification. He is a Hanen- and LSVT LOUD-certified speech-language pathologist with post-graduate training in the PreLit early literacy preparation program by MultiLit, the Spalding Method for literacy, and Voicecraft for voice issues.

Prior to becoming a speech pathologist, David was a senior lawyer at a US Investment Bank and, before then, worked for global law firms in Hong Kong and Sydney. He knows what it takes to communicate professionally and to compete in a globalised workforce.

When does the course start and finish?
The course starts now and never ends! It is a completely self-paced online course - you decide when you start and when you finish.
How long do I have access to the course?
How does lifetime access sound? After enrolling, you have unlimited access to this course for as long as you like - across any and all devices you own.
What if I am unhappy with the course?
We would never want you to be unhappy! If you are unsatisfied with your purchase, contact us in the first 30 days and we will give you a full refund. * Please note: As you'll have full download rights from day one, we'll need you to sign a confirmation that you have deleted all the resources from permanently before we can process a refund.
off original price!

The coupon code you entered is expired or invalid, but the course is still available!